Terry arranged a public reading for my class, “Crafting the Story” at Beyond Baroque.

I’d been writing less than a year at that time and couldn’t believe she would want me to do any such thing. I practiced telling her “no” for a week. Then when the time came for me to mention I wasn’t going to do it, she looked into my face and said, “The story is compelling.” It was this,  and the fact that she had this great idea that we all do a rehearsal that made me do it after all.  I will never forget that day, the day that I decided I would call myself a writer. The day I read my work in front of an audience and they gasped.

Writers At Work remember
I hold you sacred

There is the memory I rely on daily
At Writers At Work I learned to breathe
To inhale and exhale evenly
And sometimes, just for fun
My breath iambic pentameter

I kind of feel like I haven’t been a part of the Writers at Work for long enough…. but I guess it has been almost two years.

I could say that my confidence as a writer has increased ten-fold. I’ve gone from feeling like an aspiring writer to a “working writer.” The way you moderate the workshop ensures that every individual’s unique voice is preserved.

I’m not sure this is the kind of thing you need, but I wanted to say something, because you asked — and because I really value the community of writers you have nurtured. 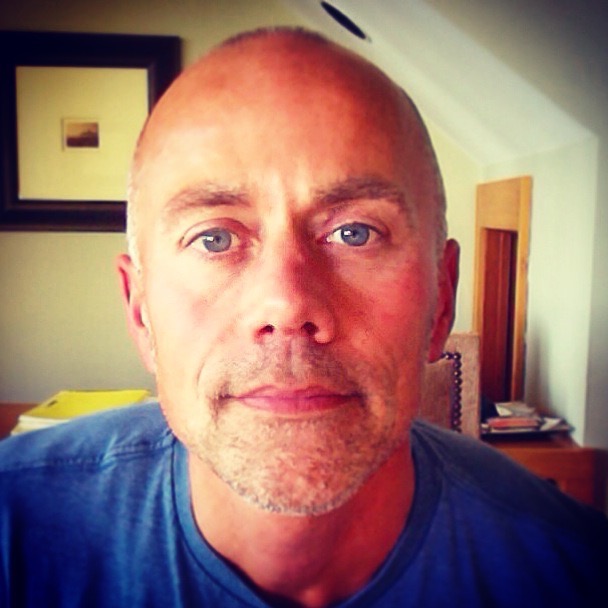 I have so many memorable experiences during my One Page At A Time stint that it’s hard to pick one. So, why not start with the first – my first critique.

For someone who had never written a manuscript before, turning in my first chapter for critique was daunting, especially for a perfectionist. At the time, I was working as a biotech lawyer with an insane 60-80 hour work week (lawyers and litigation, what can I say). To finish the chapter, I carved out time in the early morning hours before work. Demonic compulsion, I quickly learned, was a necessary trait for a writer who worked a full-time job. I labored over that submission. Often, I was stagnant with self-doubt, afraid I couldn’t deliver the necessary elements of a knockout first chapter. When I finally submitted the work for critique, I was forced to wait a week. The passage of time was so unbearable I ate a box (okay, maybe four) of Girl Scout cookies. Thin Mints, because those babies are oh, so good.

My two-hour critique was filled with anxiety and a whole lot of sweating. Silently, I wrote down every comment and scrap of advice. In the end, I survived the ordeal, even continued with the class for another ten years. Still a perfectionist, but with thicker skin.

One of the best aspects of participating in Writer’s at Work is that it keeps you honest. Every week we all have to fess up – that is, report if we wrote that week or not. It’s embarrassing to go too many weeks without performing. I found that if I set myself a small, completely feasible goal, and if I met that goal, it prompted me to do more.

Terry provides a safe environment to get instant feedback on what you’re writing from a diverse group of intelligent, articulate like-minded people, so you don’t have to annoy your friends and family. You get to see right away if something is working or not. The insights can be profound and sometimes surprising. You get to read a variety of projects from novels to short fiction to creative nonfiction.

The workshop has given structure to my creative process and for that I will be forever grateful. Last week I completed a draft of my first novel, something I always thought I would accomplish but I know never would have happened without Writer’s at Work.

Knowing Terry has changed my life in so very many ways. Her workshops stretch me, her friendship enriches me, her writing expands me, and she’s introduced me to people who have become vital for me. Two of them and I have been whatever we are for twelve solid years. We have no official name or even a decent descriptor. Affinity group, accountability cadre, support team – none of these words do justice to what we are and what we do. Every Monday morning (about 600 of them to date), we check in by Skype or phone to help each other set intentions and goals, contend with psychological and spiritual barriers, celebrate milestones. We only rarely critique each others’ work, but we critique each others’ work habits and habits of mind. We tell the truth gently and fiercely. We raise the bar and encourage the crashing of barriers. We want the best for one another. We discuss productivity, positivity, strategizing, networking, artistry. We’re comrades in the struggle toward becoming better writers and humans. Without our Mondays, I’d be lost in the forest of my tangled mind. They’re my untanglers, my wranglers, my navigators, my guardian alligators. Thank you, Terry, for making us possible! One of us calls us the Rah-Rahs. Rahh! 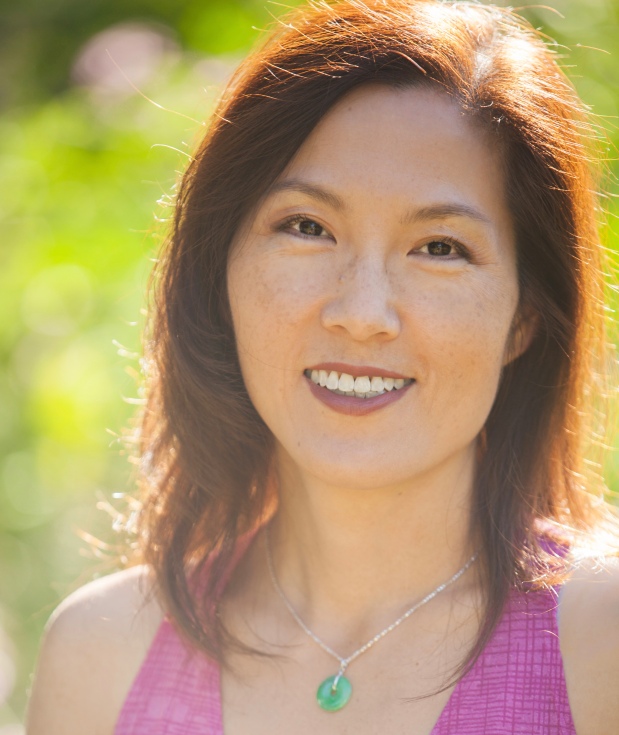 Participating in Terry’s One Page at a Time workshop from 2000 to 2009 was the most important thing I ever did for my writing, but it also had an unexpected, life-changing side effect for me as a person.

I grew up in a homophobic home and religious environment. By the time I graduated from college, however, I believed that my education had enlightened me and cleansed me of all my prejudices.

Then I joined Terry’s workshop. During the first class, we critiqued a memoir about a lesbian feminist’s political and romantic struggles. The other story was about a man who invents a gene therapy for homosexuality and his gay brother’s fight to suppress it. Two gay stories: I thought this was a strange coincidence.

The following week, we critiqued a memoir about a lesbian feminist writer’s experiences in the lesbian feminist arts movement of the 70’s and 80’s and a thriller about a grief-stricken woman who falls for a dangerous woman.

After the third class, I confessed to my husband, “I think there’s something about me that’s different from the others.”

My husband’s reply was, “Didn’t you know that Silver Lake is the Castro of LA?”

I had no idea. I learned two things about myself that day: 1) I had no gay-dar, and 2) I harbored a guilty, nagging discomfort that belied my progressive self-image. As a Chinese-American woman, I had viewed myself as an ethnic and gender minority, but I had been blind to my privilege as a straight person until I became the straight minority in a writer’s group. Would I fit in? Would others in the class accept me as one of their own?

In the end, this group turned out to be the smartest, kindest, and most generous community of writers I have ever known. Over time, my colleagues became my friends. Some of my fondest memories of the class were from the time when I was pregnant. Everyone offered weekly doses of kindness and encouragement as I passed a 5 month bout of severe nausea. One of my classmates, who was raising two kids with her wife, passed down her beloved baby products to me. Later, my classmates pitched in to buy me a stroller, which I used everyday until my son outgrew it.

Because of my experience in Terry’s class, I’ve come to believe that one of the most powerful ways to bring about social change is to have people live and work with those we perceive as different from ourselves towards a common goal. My colleagues and I didn’t have “awareness talks” about our gay and straight experiences. We just read and wrote and persevered together. It is through experiences such as these that the “other” becomes “we.” 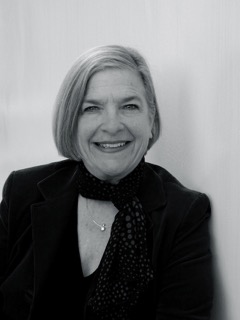 My few years in the Thursday evening “Women at Work” in the early 2000’s deeply nourished my willingness to define myself as a writer and storyteller, but no single event more than the retreat in Todos Santos, Baja.  Yoga in the morning, a stretch to poetry — so foreign to me before! — in the late morning, and playtime with short fiction, essays in the afternoon.  My resulting courage yielded my first publication, a personal essay/memoir, “The Raven,” in a University of Texas Press anthology of women writers on the natural environment, What Wildness is This!  Months later, my one act play, Those Hopscotch People, was produced in my local community college festival.   My partners in the Thursday group gave me inspiration and courage in a steady dose, every week.  And they grew me and my voice as a writer.  Bigger than my writing, a true life turning-point.  Thank you, Terry and WAW!! 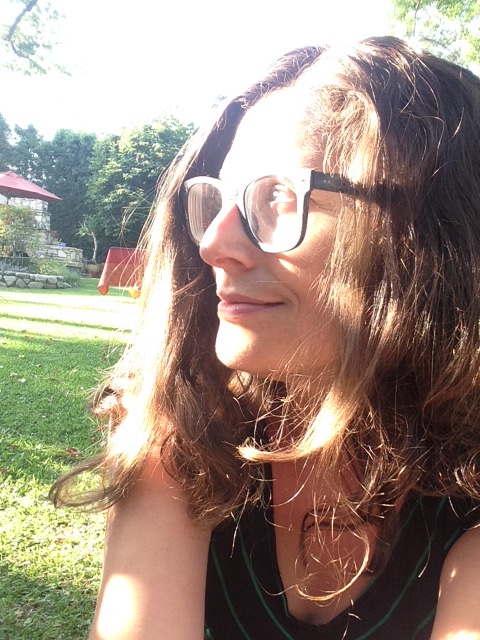 I often refer the two-and-a-half years I spent in Terry’s One Page at a Time workshop as my “second MFA” (which happened to be WAY less expensive than my actual MFA). With Terry’s guidance–always encouraging, and pragmatic but never afraid of experimentation–I finally learned how to revise my work and structure a novel. I also met a community of writers who remain my friends and readers more than a decade later. I have such fond memories of the bright orange walls, oatmeal cookies and friendly check-ins that made Tuesday nights my favorites.

In the Fall of 2014, shortly after my son was born, Writers At Work played a transformative role in my life as a writer. I was in between teaching jobs and in the midst of huge transition. I went to Writers At Work for several programs and each of them really inspired me. I enjoyed the Meditation sessions where we meditated together and then wrote afterwards. I also really enjoyed conversations about writing with Writers at Work founder, Terry Wolverton. Terry is the perfect mix of knowledgeable, compassionate and perceptive. Her wisdom on both the craft of writing and how to live as an artist are truly inspirational. Writers At Work is an important organization and a creative space that I will always support wholeheartedly.